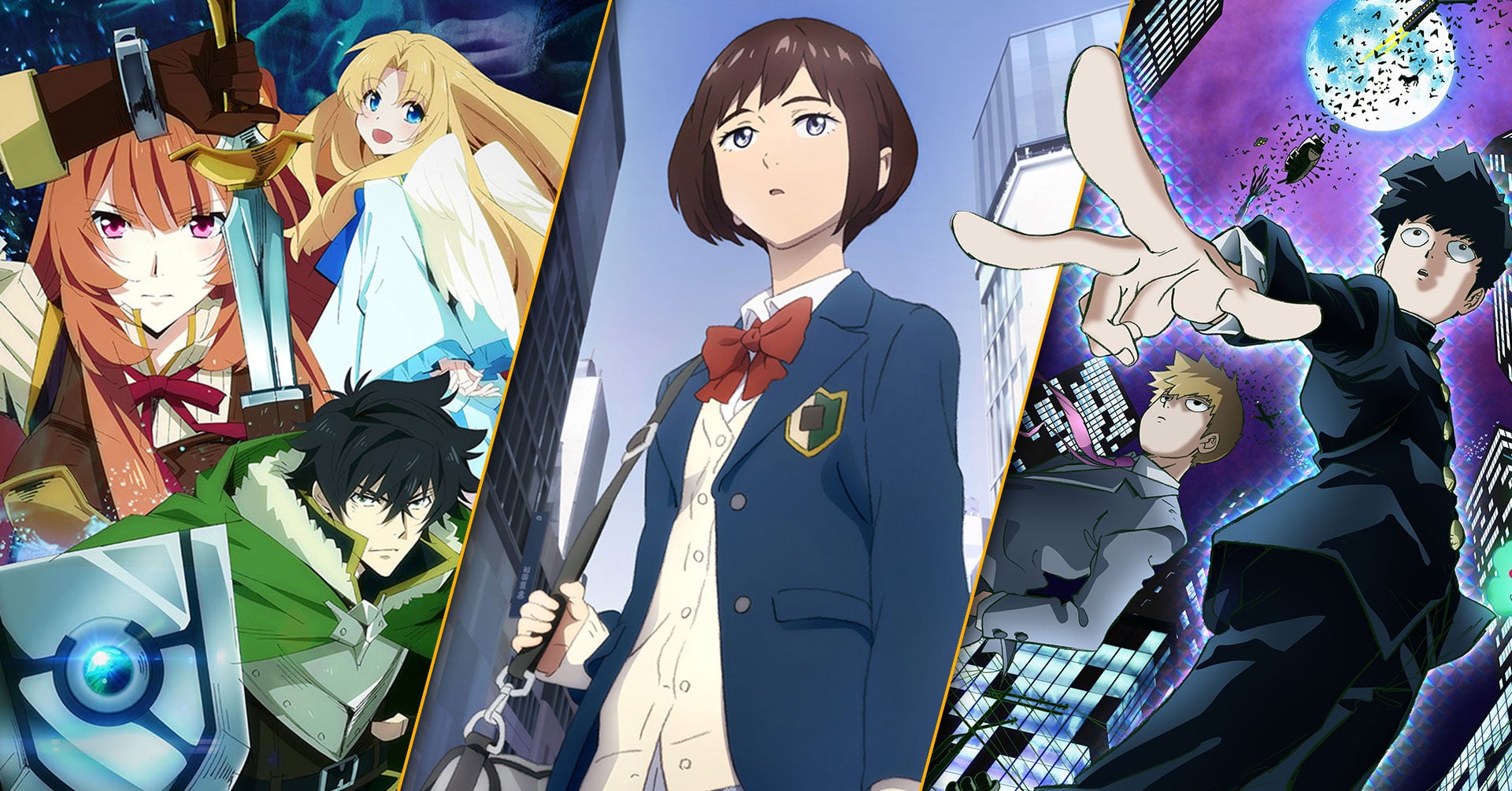 Winter is coming, and so is a new wave of anime series that will delight manga fans who love to see their favorite pieces being adapted into anime, as well as fans who has already seen anime adaptations of their favorite manga and are simply waiting for the next season.

Below are a glimpse at 5 of those anime (out of many to choose from) that have manga and anime fans eagerly looking forward to the new beginning of the New Year. (Disclaimer: The numbers do not denote actual ranking in popularity, only the anime gods can make that call.)

Based on the work by legendary manga artist Osamu Tezuka, who created such timeless classics as “Astro Boy” and “Black Jack”, Dororo is set in the Sengoku period of Ancient Japan and follows the story of the ronin Hyakkimaru, who was borne without facial features or organs and has a prosthetic blade arm, and the young thief Dororo, who joins Hyakkimaru in his journey to recover his body parts that were robbed off him by demons at his birth. This manga had actually already been animated in the 1960s but will get a remake in early 2019. Loyal fans of Tezuka’s works or fans who are just generally nostalgic about the original 60s manga wouldn’t want to miss this one.

Added Bonus: The ending theme song for the new release is done by Amazarashi, a band with other contributions such as the “Tokyo Ghoul” and “My Hero Academia” theme songs.

4. Yakusoku no Neverland (The Promised Neverland)

On the opposite end of the chronological spectrum from Dororo is this relatively new manga written in 2016. If Dororo was the timeless old classic set in the past, this would be the hip, new-age youngster set in the future. This series follows a group of orphaned children in the year 2045 (so yes, the future) living in a orphanage complex known as Grace Field House. The children are forbidden from exiting the complex on their own, which they are perfectly okay with, since the orphanage and its caretaker Isabella has provided them with everything they need.

The story takes a dark turn when Emma, the orphan who serves as the story’s protagonist, finds out that the orphans are being used by Isabella as a food source for demonic creatures, thus setting in motion the plot for Emma and her orphan siblings to escape from Grace Field House.

Added Bonus: We don’t need an added bonus for every entry, you know. I’ve got nothing for this one.

Boogiepop wa Warawanai tells the dark legend of a death angel responsible for the systematic disappearances of female students at Shinyo Academy. The police writes off the disappearances as runaways, but the students of the Academy know something more sinister is at work here.

The original story comes from the 1998 light novel “Boogiepop and Others” and was actually made into a live-action movie in 2000. A 12-episode anime adaptation called “Boogiepop Phantom” in 2000 is based on events that occurred after the light novel series. And now, fans will get another look at an animated adaptation of a long-running novel franchise.

Added Bonus: The title character Boogiepop will be voiced by the lovely Aoi Yuuki, who has had an impressively long list of voice acting accomplishments, including Krul Tepes in “Seraph of the End”, Chiaki in “Beelzebub”, and Tatsumaki in “One Punch Man” (the list goes on).

2. Tate no Yuusha no Nariagari (The Rising of the Shield Hero)

This fantasy anime actually started out as a light novel that was adapted into a manga. It focuses on the university student Naofumi Iwantani, who was transferred into a fantasy world of heroes, magic, and monsters. The theme appears unoriginal at first glance and seems to fall in line with many other works of similar brand.

However, what sets this work apart from the others is that the protagonist of this piece, true to the name, is armed with a shield as his weapon. So how does one fight magical monsters with only a shield as an offensive option? Tune in to find out.

Added Bonus: The voice actor for Naofumi Iwantani is the accomplished Kaito Ishikawa, who boasts a series of other high-profile voice roles such as Genos from “One Punch Man”, Kuki Urie from “Tokyo Ghoul”, and Shiho Kimizuki in “Seraph of the End”.

Topping off the list (not meaning it’s the best, unless you, the reader, thinks it is) is this beloved manga that comes from the same writer as One Punch Man. The story follows a middle school boy named Shigeo Kageyama, other known as “Mob”, who has supernatural psychic abilities and struggles to control it.

Originally published as a webcomic by the manga artist going by the pseudonym “One”, Mob Psycho got its first nod as an animated series in late 2015, with 12 episodes having been released by September 2016, wrapping up a successful first season. Now, season 2 will scheduled to be released at the beginning of 2019.

Added Bonus: The creator of this series is only 32-years old and first created “One Punch Man” to post on his own website without an official publisher. And now it’s one of the biggest hits in the anime community. Take note, aspiring manga artists, let this man be your inspiration.

Unfortunately, having to choose just five is no easy task. But fortunately, there is a way to cheat that with something called “Special
Mentions”, so here are a few shout-outs. Happy New Year, everyone!

The original manga series follows the blossoming romance between Kaguya, the daughter of a wealthy family, and Miyuki, her classmate and the top student at the school. Pretty typical, boring high-school romance type storyline, right?

Added Bonus: The voice actor for Miyuki, Makoto Furukawa, also voices for Saitama in the One Punch Man anime.

Set in Hyakkaou Private Academy, a school for the wealthy, a gambling system is set up among the student body that determines the place of each student on the social hierarchy. Transfer student Yumeko Jabami who quickly becomes a master at using the gambling system to her advantage.

The manga on which this anime is based stands out from the others on this list because it was originally published by Japanese video game developing juggernaut Square Enix, the creator of the infamous “Final Fantasy” franchise. A 12-episode anime series was published in 2017, which a second season set to debut at the beginning of 2019.

Added Bonus: There is a live-action drama for this series made in January 2018. 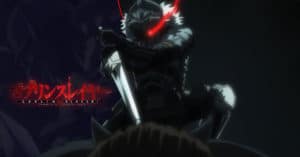 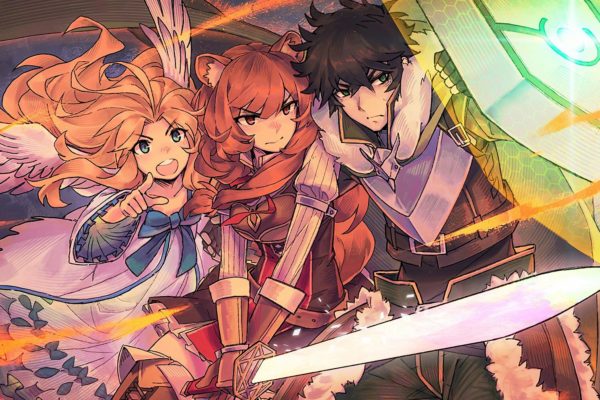