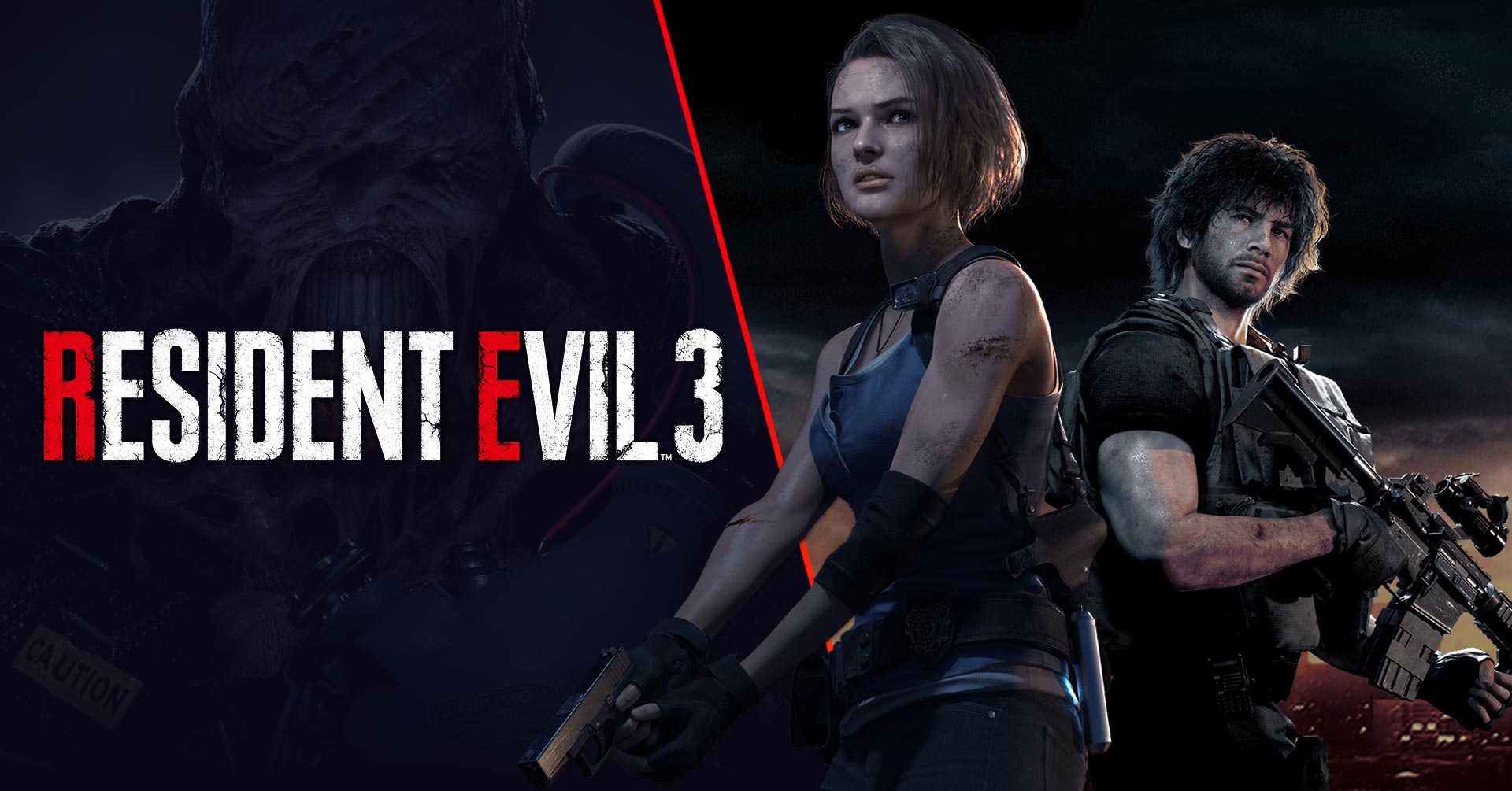 After we got a poster for RE3 Remake, it wasn’t even more than a week until Capcom surprised us not just with the official Trailer of Resident Evil 3 Remake but also announced the release date which will be April 3, 2020. 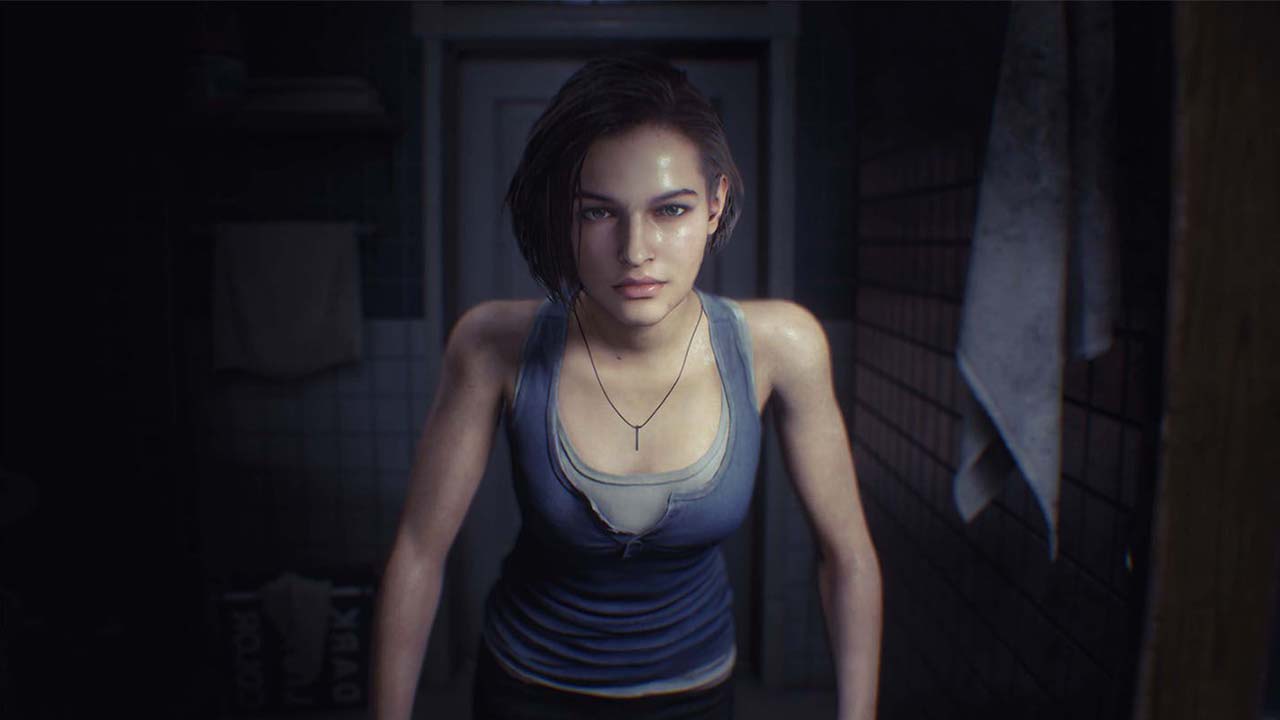 The pre-order is already open, so if you plan on getting Resident Evil 3, it will also include a Jill and Carlos Classic Custom Pack as a pre-order bonus. You can order it here.

The trailer reveals a brand new look for Jill Valentine and Carlos Olivera as well of some of the Umbrella Mercenaries and S.T.A.R.S members like Brad Vickers & Barry Burton.

We also got a small taste of how the gameplay will be and the graphics which don’t don’t look too different from RE2 Remake. Regardless, we all know that in RE3, we’re going to be dealing with a lot more Umbrella monsters like Hunters and of course Nemesis. And let’s not forget one of my favorite Resident Evil mini game Mercenaries.

Lastly, Capcom also revealed the versions of the game that will be available for pre-order: 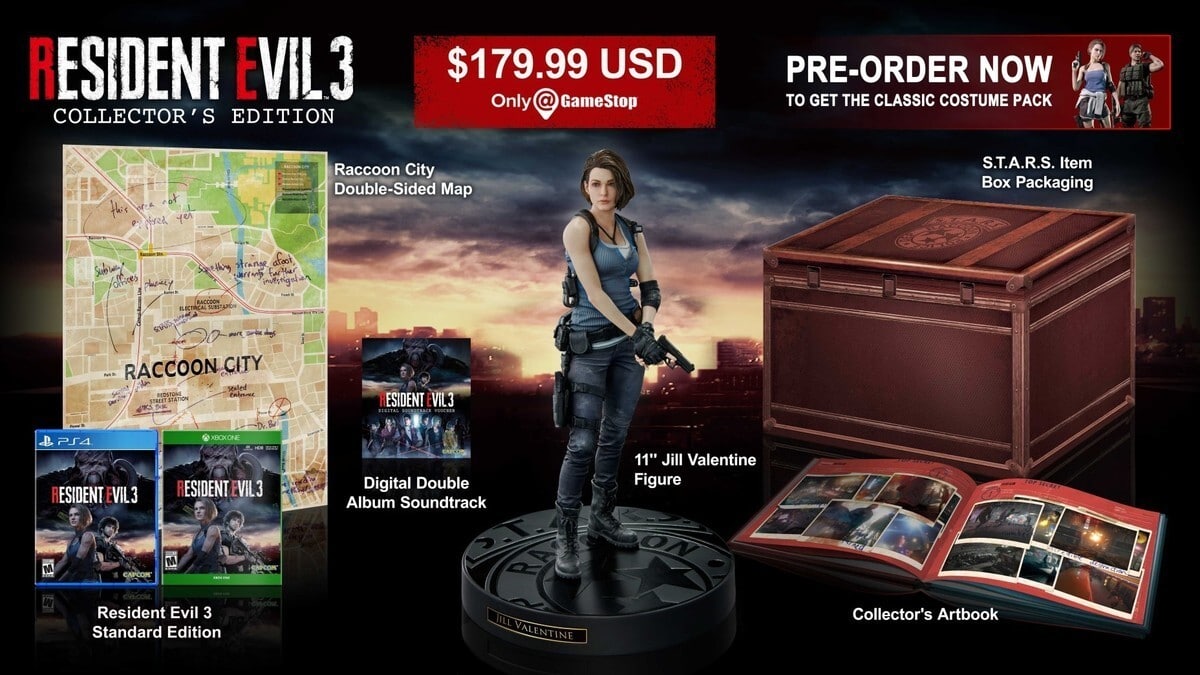 I’ve already pre-ordered my copy so now it’s just about waiting for us to get our hands on it so we can give you an Unboxing & Review review. If you haven’t seen our Resident Evil 2 Remake Unboxing & Review video yet, take a look! 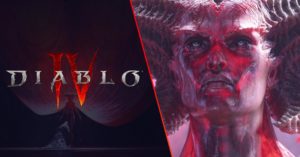 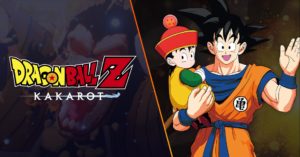 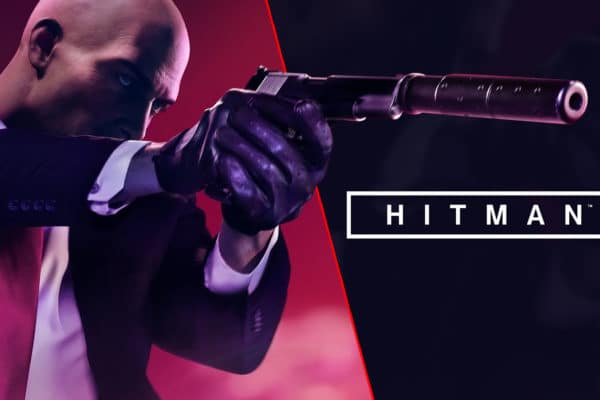